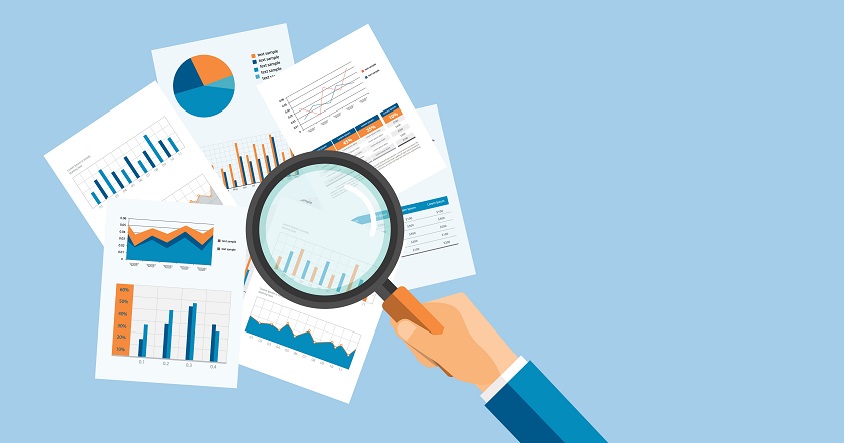 Over the last two years, online shopping has become a vital part of many people’s daily life. This is of course reflected in the success of companies such as Amazon, OTTO, eBay, Walmart, etc. However, in direct comparison with the other e-commerce giants, Amazon emerges as the clear winner here. We’ll take a closer look at Amazon’s growth in this article from the perspective of Amazon sellers. After all, such rapid growth – especially in such a short period of time – can’t always be good.

There are numerous Amazon studies and articles dealing with the company’s rise from a garage bookstore to the world’s largest marketplace, and all of them come to the same conclusion: Amazon is growing consistently. The exponential growth of the online giant is particularly evident in the growth curve of the last 10 years. In 2010, the mail-order company made a turnover of 34.2 billion USD. Ten years later (2020), it generated more than ten times that amount at USD 386.1 billion.

One of the reasons for this is the company’s management, which focuses on customer orientation and reinvesting profits in the company to promote growth.

Statistics show that these two elements, among others, have significantly boosted Amazon’s sales over the past six years. The year 2020 In particular – spurred by the global pandemic and following e-commerce boom – was very lucrative for Amazon. Sales were up 33% from the previous year.

Of course, such a trend cannot last forever. According to Marketplace Pulse, a company that specializes in analyzing data from the e-commerce sector, the curve (at least in the U.S.) has caught itself again and is now “only” displaying regular growth.

But what does this growth mean for marketplace sellers? Generally speaking, it’s a good sign when the platform on which you sell your products generates more revenue than ever before. The sellers profit directly from the increase in customers.

But at the same time, it means that the individual sellers must assert themselves against a wider range of competition. Worldwide, there are now about 9.7 million Amazon sellers, with 1.9 million selling actively on the platform. And that’s just the direct competition on Amazon. The e-commerce boom has naturally extended to other platforms as well. While these may not be as successful as the market leader, they do offer other benefits to the clientele.

For example, the platform Etsy attracts buyers by specializing in handmade, creative products. It’s a tactic that has proven successful, helping the company grow from $818 million in revenue (2019) to $1.72 billion (2020).

How Do You Beat Such Big Competition?

Selling on Amazon has never been easy. In fact, it has become even more difficult in the last two years due to high competition – according to Oberlo, 283,000 new sellers were added in the first quarter of 2021.

One way to succeed in such a competitive marketplace is to use smart software to automate tedious (but necessary) processes. Fun Fact: Amazon doesn’t do it any differently at the end of the day, as this graphic shows us.

The final price is the most important metric for winning the Buy Box and thus also gaining very high visibility for your own products on the product detail page. However, the final price of products on Amazon changes constantly, which makes manual editing virtually impossible.

SellerLogic’s Repricer not only ensures a high buy box share but also that you sell your products at the highest possible price. You can find more information here.

Although Amazon now employs more robots than human employees, it is still humans that are making the decisions in the warehouses. And humans make mistakes. There’s nothing wrong with that, either. It’s just not fair, in our opinion, that you as a seller have to pay for the mistakes that happen in the warehouse with your products.

SellerLogic’s Lost & Found software identifies FBA errors up to 18 months in the past. These errors are then processed by our Customer Success team, who then work with you on all terms when it comes to contacting Amazon and enforcing your refund claim.

What had been noticeable throughout the year became much more apparent during Christmas: international supply chains could not cope with the high demand, resulting in very high prices and extremely slow logistics. In addition to the aforementioned imbalance, however, other factors such as labor shortages, unfavorable navigation maneuvers in the Suez Canal, port closures, and typhoons played a major role. This was particularly obvious on the routes from Asia to Europe and/or America in the form of increased prices and slower logistics.

In the last 18 months, prices for ocean freight from Asia to Europe rose by 700 percent. In the USA, they rose by 900 percent last year.

18 months ago, the same container cost around $2,000. For the logistics industry and the shipping companies, this is of course a dream come true – financially at least. As an entrepreneur, however, you first have to be able to afford these prices.

The question that sellers have been asking for some time, even before Corona, is becoming more relevant than ever because of these supply chain issues: is it worthwhile to source locally?

The production costs in western countries are typically much higher than in Asia, but the delivery costs are lower and the quality usually higher. Another advantage of “local” production is that a trips to your manufacturer (e.g. to inspect the goods or to meet the manufacturers personally) are cheaper and less time-consuming than a trip to Asia. Apart from that, producing locally is also more sustainable from an ecological point of view due to the shorter delivery route – another factor that, with the right marketing, can be converted into more sales.

And What Are the Vendors Doing?

This question is answered by a recent Amazon study by Pattern and Profitero, EMEA Amazon Vendor Survey, in which 56 brands are asked about the challenges and opportunities in Europe and the Middle East.  It should be emphasized that many brands sell via multiple channels, e.g. via other e-commerce platforms (48.2 percent). eBay is the most popular of these platforms (39.3%), although Cdiscount is also doing well (25.2 percent).

In the next few years, some vendors will probably consider pursuing a hybrid strategy and selling as both a seller and a vendor.

Amazon as an e-commerce giant has gained many customers in recent years. Of course, as a seller, you will immediately benefit from the ever-increasing customer base. However, the rapid growth also means that you have to compete against much more competition. In such cases, many Amazon sellers rely on software. Bottlenecks in supply chains (especially from Asia to the West) have also been noticeable since the beginning of the pandemic but reached a peak at the end of 2021. Amazon vendors are also currently struggling with similar problems, most notably Amazon’s complicated and expensive logistics, lack of storage space, supply chain bottlenecks, and price erosion.