Login
English
Home » Fulfillment by Amazon » Brexit and Amazon UK: FBA Stops Inventory Transfers Between EU and the UK – What Sellers Can Do!

Brexit and Amazon UK: FBA Stops Inventory Transfers Between EU and the UK – What Sellers Can Do! 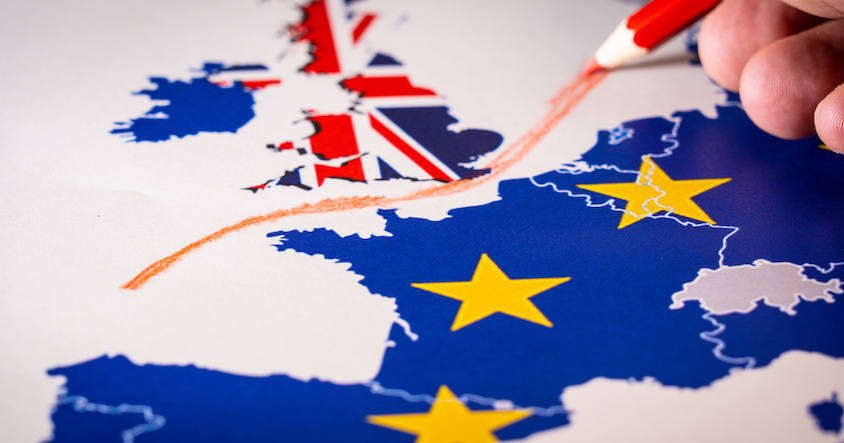 The United Kingdom left the European Union on January 31, 2020. The overall impact of this decision is still minimal. This is partly because the UK has already formally left, but continues to apply EU regulations. However, this transitional phase will end at the end of 2020, and on January 1, 2021, both sides will take their separate ways. In fact, there should be an agreement by then that will determine the future relations between the United Kingdom and the EU. But it is doubtful whether a common denominator can actually be found within a few months. And Brexit’s consequences are also being felt by Amazon FBA companies selling internationally – both British and EU companies. The questions that sellers are asking themselves is: “What will happen to my merchandise?”

No More Stock Will Be Transferred After Brexit: Amazon FBA Stops All Transfers

After Brexit, your merchandise on Amazon will still be able to move between the UK and the EU. However, the process will become more difficult from several perspectives.

As of January 01, 2021, Amazon stops all stock transfers within the Pan EU programme. Not only could British sellers lose access to the European Amazon marketplaces, but German, French, Spanish, and other European sellers could also face potential problems selling their products across the new customs border to Great Britain and Northern Ireland.

How A Repricer Can Help Your Business Grow!

Learn in a compact and clear way how you can optimally support your business with a repricer – with repricing strategies, methods and how to apply them to your business!

Until now, sellers have been able to take a relatively relaxed position towards Brexit thanks to Amazon FBA and Pan EU programmes. In this programme, sellers send their merchandise to any of Amazon’s European logistics centres. Afterwards, the e-commerce giant not only takes care of packaging, shipping, and customer service, but also the demand-oriented distribution of the products within the European Union.

But following the exit of the UK from the EU, Amazon will also stop the service for FBA products and will no longer transport the merchandise of British sellers to the EU or, vice versa, the items of European sellers to the UK. These changes have far-reaching consequences, as companies will no longer use the online giant’s extensive logistics network. This means:

Get your money back! SellerLogic Lost & Found finds every FBA error. Find out more!

What Companies Can Do Now

In order to minimise the impact of Brexit on their Amazon FBA business, sellers should start preparing changes in their operations now. The easiest way to avoid future problems is certainly to shut down the Amazon UK marketplace. However, for many sellers this is probably only the worst solution, especially if a certain amount of sales is generated –post Brexit – on amazon.co.uk.

The e-commerce giant is proposing two further solutions to be able to sell through the Pan EU programme as well as in the UK after Brexit without the need of using the European shipping network:

Buying from Amazon after Brexit is not the only thing that will have changed. It is uncertain to what extent Brexit will affect Amazon UK sellers as well. Both solutions have in common that in the future of the UK marketplace, the seller will be responsible for bringing the merchandise across the new customs border and must therefore also comply with all legal requirements. This may include, for example, a valid VAT identification number for the United Kingdom, EORI numbers or certain licences. The specific requirements that need to be fulfilled also depend on whether or not there will be a trade agreement. Some things, however, such as the regulations on VAT, have now been clarified (if that is what you want to call it) and will be implemented come 2021.

The question of whether and when the Amazon FBA or Pan EU programme will also be available for the UK after Brexit is still uncertain and may be called into doubt at this point in time.