Fake Reviews on Amazon and How to Handle Them 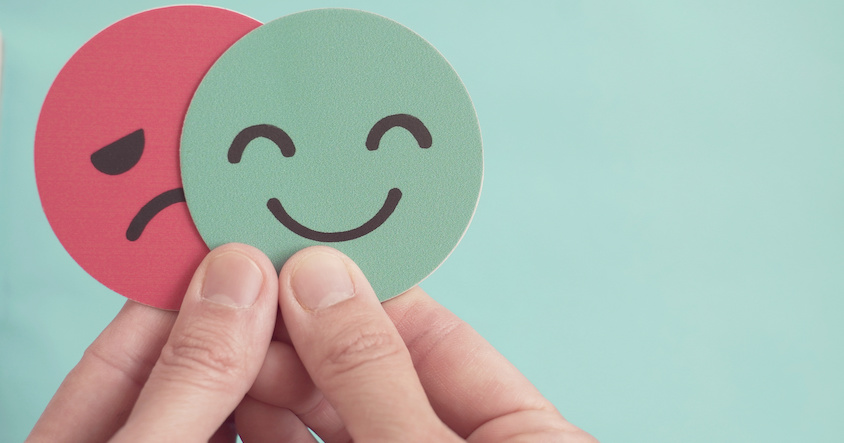 Waves of fake negative reviews on Amazon have been crashing down over sellers lately and costing them their nerves as well as their customers – both equally important criteria when selling professionally online. Especially in a time where information is just two clicks or a voice command away, it is all the more important to take into account what people are saying about your online business and its products.

What Sellers Are Dealing with Nowadays

When it comes to fake reviews on Amazon, you either have those that tend to exaggerate a product’s usefulness and quality, or you have negative fake reviews, trying to discourage customers from buying a certain Amazon product or doing business with specific sellers.

Let’s be honest, would you expect a buyer on Amazon to risk spending her/his hard-earned money on a 2-star-product or seller? You wouldn’t. Being fully aware of how allergic potential shoppers react to bad reviews on Amazon, many black hat sellers have now turned to abusing Amazon’s review mechanism by leaving fake scathing reviews of their competitors, hoping that this will lure more customers to their own profile. Now we’re definitely not going to sit here and deny that selling products on Amazon can be a tough nut, but stooping to these levels is never necessary, no matter what kind of business you’re in.

The problem is that these fake reviews on Amazon not only drive Amazon shoppers away from your online store, they also require you to prove to Amazon that the review in question is fake – no easy task, keeping in mind how customer-centric the online giant positions itself.

In this article, we’ll talk about how to find fake Amazon reviews and how to handle them. Our partner manager, Monica, has been chatting with merchants and e-commerce experts regarding this topic and how they handle the situation. We’ll take a look at what she found out right after my little rant on why I really dislike people that write fake reviews.

Why Fake Amazon Reviews Benefit Nobody and Should Always Be Reported

I personally enjoy reading and writing reviews. I write and read them for places I visit, things I buy, services I use, and games that I play. In fact, the little Japanese restaurant on my street printed out my Google review and put it up on their blackboard. This little act just proves how relevant online reviews have become for SMEs – online or offline – and how they are used to attract customers and/or generate traffic.

This rings especially true for online sellers whose ranking in the search results is influenced by how many positive reviews they have. We already covered that too many fake reviews on Amazon will cost you the trust of your customers, revenue, and a whole lot of nerves. But you’re not the only one losing credibility and quality through fake reviews. Amazon themselves don’t want their image tarnished and rely on fair marketplace players to help them identify fraudulent sellers.

Even though the online giant has smart algorithms in place that recognize and report suspicious data clusters, they also rely on people that are doing their part thereto. Amazon also keeps a track record of sellers who continuously report malignant behaviour. Being listed as one of those will naturally shine a positive light on you and your store.

Let’s also not forget that fake reviews for products on Amazon also harm the target group that reviews are actually meant for: the Amazon shoppers. The misleading info in these reviews will possibly drive the customers to the wrong kind of sellers. It will much rather drive them to those who are not afraid of getting their hands dirty – but not in a good way.

Next question: if they are willing to gain traffic through unsolicited marketing techniques, where else are they willing to cut corners? In any case, this is not what a good buyer experience looks like and certainly not what the sellers on Amazon want on their platform.

How to Spot Fake Reviews on Amazon

Before we focus on how to get fake reviews removed, we should take a look at how to spot them first. Here are a few telltale signs that make a fake review on Amazon stand out from the rest.

In my experience, there are three types of reviewers. Those that had an amazing experience and want to share it, those whose experience was so abominably miserable that they felt the urge to warn others, and those who just want to communicate that “everything went as expected.”

The latter group will normally write one-liners without any specific details, normally just informing other shoppers that it’s “safe” to order from this specific account and that it’s not a scam of some sorts. However, once you see reviews of the first two groups that are only a few words long, you’ll be better off taking a closer look as they might be fake reviews. On Amazon, once someone is highly satisfied or unsatisfied with a review, they will tend to leave you a reason why they feel that way and go into detail, leaving either a glowing or an extremely bad review.

If the reviews for an Amazon product are all quite recent and the amount of reviews is rather small, don’t hesitate to check the reviewer’s profile for authenticity.

The same goes for sellers when checking for fake reviews on Amazon. If you notice that someone, firstly, wrote an enormous amount of reviews, secondly, did so in a short period of time and, lastly, all of these reviews address the direct competition, chances are that there is some dirty play at hand.

Here’s another scenario: If an Amazon product has been on the marketplace for only two months and has already gathered a thousand reviews, chances are that these reviews were bought.

This goes for customers and merchants alike: When you’re looking for fake reviews on Amazon, keep in mind that it always makes sense to compare the review ratios to other similar products on the market.

How to Report Fake Reviews on Amazon

Finding fake reviews on Amazon requires no in-depth analysis and no real knowledge about the products themselves. However, reporting the malignant shoppers and reviewers is, unfortunately, a little more difficult.

When looking at reviews, you have the option at the bottom to either communicate that this review was “Helpful” or that you want to “Report abuse.” Amazon has removed the feature where you can write why you found this review inappropriate. However, you can always write an email to community-help@amazon.com if you want to voice your concern a little clearer.

Build a Case to Go with Your Email

When you’re defending yourself against fake negative reviews on Amazon as a seller, we strongly suggest that you write an email instead of simply reporting the abuse. Of course, you’ll need to build a stronger case if you want it to be successful. Here’s how you do it

Yes, we are aware that taking this problem to Amazon Seller Support will mean that the process may take a long time and the results – if there are any at all – will not necessarily be the ones you were hoping for. However, when handling fake reviews on Amazon, this is also the solution that will be suggested to you if you try to escalate the situation immediately. In that case, it can be handy to show the “higher-ups” your case ID and prove that you already followed regular protocol, reaping no rewards.

If the first part fails, write an email to community-abuse-escalation@amazon.com. Be sure to be as descriptive and precise as possible. Emphasize that regular protocol and Seller Support were not able to help you, in what way the reviews violate pertinent guidelines, and also in what way the fake reviews on Amazon are currently hurting your business.

When you receive an answer, don’t be fooled by how short it is (“Thanks, we will look into it”). It may sound like they are brushing you off, but seller experience has proven that – in most cases – the review in question is then removed by Amazon. Have a little trust in the Amazon framework at this point. As we already mentioned, they have a big interest in keeping the review environment as honest as possible too.

How Not to Deal with Fake Reviews on Amazon

Many non-FBA sellers have been known to request buyers to remove their reviews upon resolving the problem or even offer them incentives of sorts to remove/alter their review.

Do not do this.

Even though it may improve your seller rating and listing, it is still against Amazon’s customer review policy, which clearly states that a seller cannot ask a “reviewer to change or remove their review.”

Reviews are not only an effective way to market your product and yourself, they are the fastlane to winning the trust of potential customers. This is why it is all the more important to make sure that fake reviews on Amazon are directly taken care of.

As a seller, the most important thing to do is to build a strong case against the person that wrote the fake reviews on Amazon, open a case with Seller Support, and if that doesn’t help, escalate the situation to the next level – using the Case ID that you received.

Stay within Amazon protocol at all times and never try to circumvent this protocol by reaching out to the reviewers directly. You will not be able to convince a malevolent seller anyway and Amazon won’t appreciate the effort either. Following protocol is certainly the method that is best.

Fake Amazon reviews are what allow second-rate products and sellers to rank higher in the search results. Since nobody, Amazon in the least, has any interest in this, this issue will be addressed more closely by Amazon in the future. Especially if you take into account how much media coverage this topic has received so far.

Are there fake reviews on Amazon?

How can I tell if a review is fake?

There are many different factors from which you can see whether you are dealing with a fake review on Amazon. Telltale signs that can help with your analysis are the general tone in which the review has been written (short, undetailed, very emotional with little to no facts), the amount and frequency (fake reviewers normally write many reviews in a short time period), and the review ratio (only a limited amount of 5 stars reviews, as opposed to hundreds of reviews with a 4.6 median).

How do I report fake reviews to Amazon?

Shoppers and sellers alike can simply use the “Report abuse” button, which you can find under the comments themselves. Reviewers that want to go a step further can write an email to community-help@amazon.com, or community-abuse-escalation@amazon.com. The latter, as the name already indicates (“escalation”), can however only be used when you have already tried resolving your issue by applying regular protocol before.