Login
English
Home » Selling on Amazon » The Most Important Amazon KPIs at a Glance: These Are the Metrics Sellers Should Definitely Pay Attention To!

The Most Important Amazon KPIs at a Glance: These Are the Metrics Sellers Should Definitely Pay Attention To! 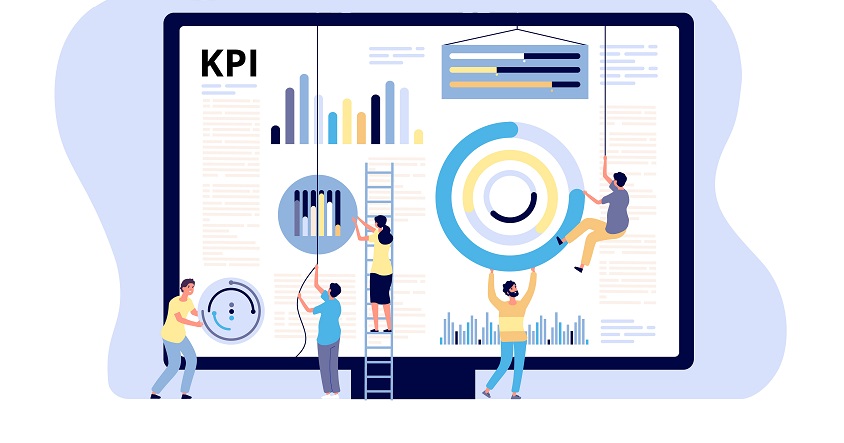 The myth persists: Amazon makes sellers rich. But anyone who has already dealt with this topic quickly comes to the conclusion: Amazon can work well for sellers, but it is far from being a no-brainer! As with any other business, entrepreneurs need to keep an eye on the most important KPIs on Amazon.

That’s because the e-commerce giant quickly penalizes marketplace sellers who don’t have their metrics under control. But first, let’s clarify what so-called key performance indicators, or KPIs, actually are and what they can be useful for. Then we’ll get to the bottom of Amazon KPIs.

What Are Amazon KPIs and Why Are They Useful?

KPIs can be used to measure the extent to which important objectives have been implemented or to what degree they have been achieved. In the manufacturing industry, for example, an important KPI can be the average utilization of a machine compared to the maximum possible utilization.

However, the concept has also become widespread in the digital industry. As an example, the conversion rate is a vital KPI and applicable to businesses of all sizes – whether it’s your online store or Amazon. For advertisers, in turn, KPIs relate to the impressions of an ad and its click-through rate. B2B websites, on the other hand, often measure their success on the basis of leads.

KPIs thus help to keep an eye on important key performance indicators and to systematically check critical success factors. Only those who measure their success or failure know where things are going wrong and what is already going well. Then it is also possible to optimize with sense and understanding.

What KPIs Does Amazon Use?

Unlike sellers who have their own online store, marketplace sellers face special challenges. This is because Amazon KPIs of relevance are often specified by the online giant itself. If you don’t pay attention to these key performance indicators of Amazon, you have no chance of ranking high with your products or winning the Buy Box. And those who fail to do so will hardly sell any products.

To make matters worse, many of the usual Amazon KPIs, such as impressions or the rate of clicks, can only be measured approximately by the marketplace seller, or cannot be measured at all. The best chance to influence click-through rate, conversion rate, and sales is for sellers to know the Amazon KPI metrics and optimize their business accordingly.

But there is another important reason why relevant Amazon KPIs should definitely be monitored: Amazon does it, too. If sellers disregard the performance metrics, they run the risk of not being able to meet the required standards. As soon as this happens, Amazon knows about it – and it can have an impact on more than just Buy Box rankings or profits. Anyone who has ever had to develop an action plan understands that this is a useless endeavor that only wastes time and money. In the worst case, the e-commerce giant will even block the entire seller account. For entrepreneurs whose core business is Amazon, that would be a disaster.

There is a lot that speaks for monitoring all key performance indicators. If an Amazon KPI threatens to slip into a critical range, countermeasures can be taken at an early stage and the account block can be avoided.

Have you ever asked yourself: “How does amazon measure success”? By now, every marketplace seller should have realized that the shipping method and shipping time play an important role. Amazon prefers it when sellers ship via its in-house “Fulfillment by Amazon” (FBA) program. On the one hand, this flushes more revenue into the platform provider’s coffers, and on the other, it guarantees fast and uncomplicated delivery, which ensures customer satisfaction. But the Prime by Sellers or Fulfillment by Merchant shipping methods also meet the standards.

Equally important as Amazon key performance indicators, however, is the general seller performance. This consists of different indicators:

Other Relevant KPIs for Amazon

Professional merchants don’t just list their products on Amazon, monitor key KPI metrics, and call it a day. There is more to it than that. Private Label sellers in particular also have to deal with the issue of advertising. And the same performance metrics apply to Amazon that are generally used as KPIs in marketing.

An equally important Amazon KPI is therefore the ACoS, short for “Advertising Cost of Sale”. This indicator puts the costs of advertising campaigns in relation to the sales generated by this advertising: ACoS = advertising costs/sales.

With a turnover of 50,000 euros and advertising expenditure of 3,000 euros, the ACoS would therefore be 6%. However, the maximum ACoS varies from product to product. For this purpose, all additional costs incurred by the retailer must be deducted from the sales price, e.g. manufacturing costs, sales tax, or overheads. If, for example, the retailer makes a profit of 15 percent of the selling price on a coffee machine, the ACoS must not exceed 15 percent. Otherwise, it would be a loss-making business.

However, how high or low the ACoS is as an Amazon KPI is determined by a variety of other factors that must be considered individually, such as the PPC campaign’s goal, the margin, and the competitive pressure within the product line. Unlike Google Ads, Amazon Ads do not only pay out when a product sells, but they also have an impact on organic visibility.

Due to this more holistic effect, many sellers have started to focus on other Amazon KPIs, such as cost per order (CPO) as an Amazon KPI. Here, the advertising expenditure of a certain period is divided by the total sales achieved in the same period. This accounts for Amazon Ads’ wider impact radius.

Conclusion: If You Don’t Monitor, You Lose!

Are you selling on Amazon, but not carrying out Amazon KPIs analysis regularly? You can try doing it that way, but it’s pointless. Because if you don’t know where the error lies in the system, you are hardly in a position to optimize your business in time. The consequence can not only be a downgrade in the ranking or the loss of the Buy Box – an account suspension is also a very realistic prospect.

That’s why Amazon sellers should always keep an eye on important KPI metrics and react in time in case of problems. The same applies to the performance of PPC campaigns in the Amazon cosmos, even if the specifications are not as concrete here as they are for seller performance. Here, ACoS and CPO should be kept in sight in order to be able to assess whether a campaign is achieving its goal.