How to Knock Out Your Competitors on Amazon With Dynamic Pricing 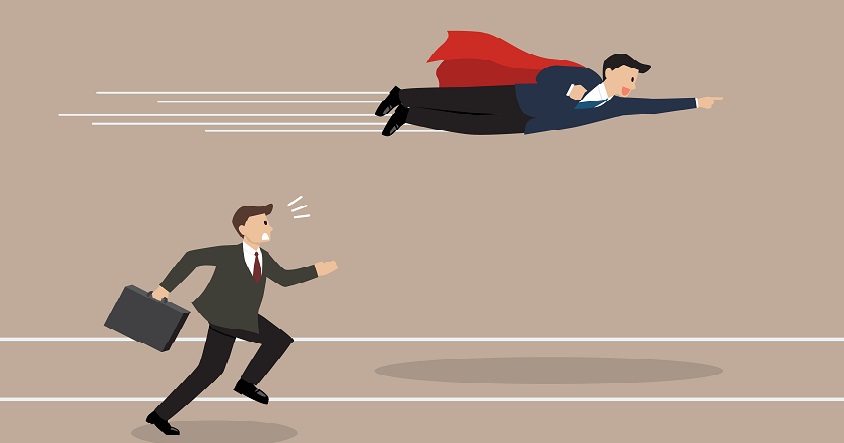 There’s one issue you can’t ignore if you sell professionally on Amazon: repricing. Automatic pricing adjustments have long been common practice, particularly in the wholesale industry. But private label sellers are also getting a taste for it and buyers have become accustomed to the price fluctuations on the Amazon marketplaces. This is one of the reasons why price trackers are so popular. Dynamic pricing, on the other hand, is not yet so well known as a form of repricing – which is precisely why it has the potential to put the competition under pressure.

There are many Amazon repricers – so why should companies rely on a tool that allows a dynamic pricing strategy instead of adjusting their prices manually or simply using Amazon’s free repricing tool?

Spoiler: Because it doesn’t work or even does harm.

On the other hand,  why is Dynamic Pricing on Amazon the solution? We’ll find out together in this blog post.

On Amazon, as in eCommerce in general, “dynamic pricing” refers to price adjustment using software based on the current market situation. In particular, the product prices of competitors play a major role, but factors such as the margin, the time of day with the highest purchasing power, or other factors are also taken into account.

Amazon Repricing for Advanced Users: Dynamically Into the Buy Box

On Amazon, price variations are common, but dynamic pricing in the broader meaning has yet to be identified. Rigid rules dictate what the Amazon pricing tool should do under what circumstances. The “dynamic” here usually only exists in one direction, namely downwards.

This has brought rule-based or static repricers and thus repricing on Amazon in general into disrepute, even though a good dynamic Amazon pricing strategy looks quite different. Because if everyone always just lowers their prices, it leads nowhere except to the limits of what is still a margin – or even below. Such Amazon price wars have always existed and still exist in online marketplaces, but selling without profit or even at a loss should never be an option for a business.

Is Manual Pricing a Solution?

At the same time it is immensely important for Amazon sellers to place as many of their offers as possible in the Buy Box. The final price has great influence on this. After all, around 90% of all deals are made via the small yellow box at the top right of the product page. Anyone who slips down the list of other sellers hardly gets any of the cake. In addition, the rumor persists that the Buy Box can only be won and held with the lowest final price.

What is the Buy Box?

The Buy Box is the linchpin on Amazon. Dynamic Pricing is an important part of the sales strategy, but it’s not the only one.

Well, what’s then? If static repricers only result in price erosion and negative margins, should product prices be manually adjusted? Actually, that’s a viable way to go – if you have a maximum of five products and at least 24 hours in a day, or if you’re a cyborg. Because that would require companies to keep track of all their competitors, know their daily buy box metrics, monitor price differences and adjust their prices accordingly several times a day, and test out which one will hold the shopping cart field.

Not only does it sound unrealistic, it is.

The bad news is that a human can’t possibly weigh all the factors that influence the algorithmic decision-making mechanisms which determine the offer in the shopping cart field. The good news is that no one has to, because there is intelligent dynamic pricing software for eCommerce.

What Do Amazon Tools With Dynamic Pricing Technology Do Differently?

So the question now is why dynamic pricing helps Amazon sellers not only prevent a price war but can even ensure that the price of a product increases in the long run. Yes, you read that right, the price range of a product can shift upwards on Amazon through Dynamic Pricing. But more on that later.

First of all, it’s important to know how an intelligent dynamic repricer works. It continuously analyzes the market situation and registers every Amazon price change or shift in the structure of competitors on a product. Based on this mass of data, it then adjusts the user’s prices – not according to the same set of rules, as static tools do, but adapted to the requirements of the market and the user’s own market share.

If Amazon now reports back to the software that the user has won the Buy Box with a certain price, the work of a rule-based repricer like Amazon’s would be done. Dynamic pricing tools such as the SellerLogic Repricer, on the other hand, raise the user’s product price again until the optimal price, i.e. the highest possible price with which the Buy Box can still be held, has been set.

Because, as said before, it is not necessarily the lowest fighting price that gets the Add-To-Cart-Field, but also the shipping time, the shipping method, and many other factors play a big role. In this way, SellerLogic Repricer not only gets the Buy Box but also the highest possible price for the user, increasing sales and margin at the same time.

By the way, Amazon internally sets a certain price range for each product within which offers are qualified to win the Buy Box. By using Amazon repricers that support dynamic pricing, this price range can be shifted upwards so that the Buy Box can be held with ever-higher prices.

And What About Private Label? It All Boils Down to Having the Appropriate Strategy in Place!

Due to the focus of many Amazon repricer tools on the Buy Box, it is not surprising that dynamic repricing is widespread on Amazon, especially among sellers of merchandise. However, the really good tools can do even more and offer further optimization strategies in addition to the fully automatic price adjustment to the shopping cart field. This makes such tools also interesting for private label sellers, who usually automatically fill the Buy Box with their listing.

These include, for example, strategies based on time periods and sales volumes, which make it possible to set the price depending on the time of day or current demand on Amazon. Dynamic pricing in eCommerce using software is thus also able, for example, to improve the ranking of a listing in Amazon search or to boost demand.

So if you notice a lot of price fluctuations of a private label product on Amazon, it is probably also related to the use of a repricer. SellerLogic Repricer offers such Amazon pricing strategies as well. These include:

Well, Is It Legal?

Clear answer: Yes! Amazon even has an interest in it, because dynamic price adjustment not only leads to merchants increasing their margins – it also generates more revenue for Amazon in the form of commission. The more attractive the marketplace becomes for new sellers, the more offers are posted, which in turn attracts new customers.

This is also reflected in the fact that Dynamic Pricing tools are available on Amazon via the AWS interface, and providers have to undergo extensive audits to accredit the security of their servers, for example.

Bottom Line: Dynamic Pricing Is on the Rise on Amazon

It is hard to imagine Amazon without dynamic pricing. In the future, the most successful sellers will be those who manage their prices using intelligent Big Data software. A study has already shown that 50% of offers make more than 14 price changes per day and that Dynamic Amazon Repricing is more profitable.

This study clearly shows that if you want to sell successfully on Amazon, you can’t avoid dealing with repricing in the long run. However, it is essential to make sure that it is a dynamic tool that can be adapted to the user’s needs.

What is dynamic pricing?

“Dynamic pricing” on Amazon, as well as in eCommerce in general, is defined as price adjustment by software depending on current market conditions. In particular, the product prices of competitors play a major role, but factors such as the margin, the time of day with the highest purchasing power, or other factors are also taken into account.

What are the dynamic pricing advantages and disadvantages?

In contrast to rule-based repricers, dynamic pricing tools use Big Data to include many different factors in the price adjustment. This allows them to react much more effectively to shifts within the price structure of a market. In addition, the SellerLogic Repricer, for example, also raises the product price again after the Buy Box has been won, so that no price war arises. On the other hand, retailers have to give up some control and trust the tool.

For which products are repricing tools useful?

Especially for wholesale, it is hardly possible to sell successfully on Amazon without a repricer. This is because there are far too many price changes per day to manually adjust prices. However, private label products can also benefit from the time period and sales volume-based strategies provided by the SellerLogic Repricer.

What factors play a role in dynamic pricing?

The most important factor is the prices and price changes of competitors as well as the general price development. But also the shipping method (FBA vs. FBM), the shipping time, the current demand, or the general performance of the seller can be important.

Yes, dynamic repricing is allowed in eCommerce in general and also on Amazon.